The TV crew has left, after spending almost a month with us here in our home and project center, following or interviewing us every day. (So that’s my excuse for not posting anything for a month.) Finally I have some time to READ again! 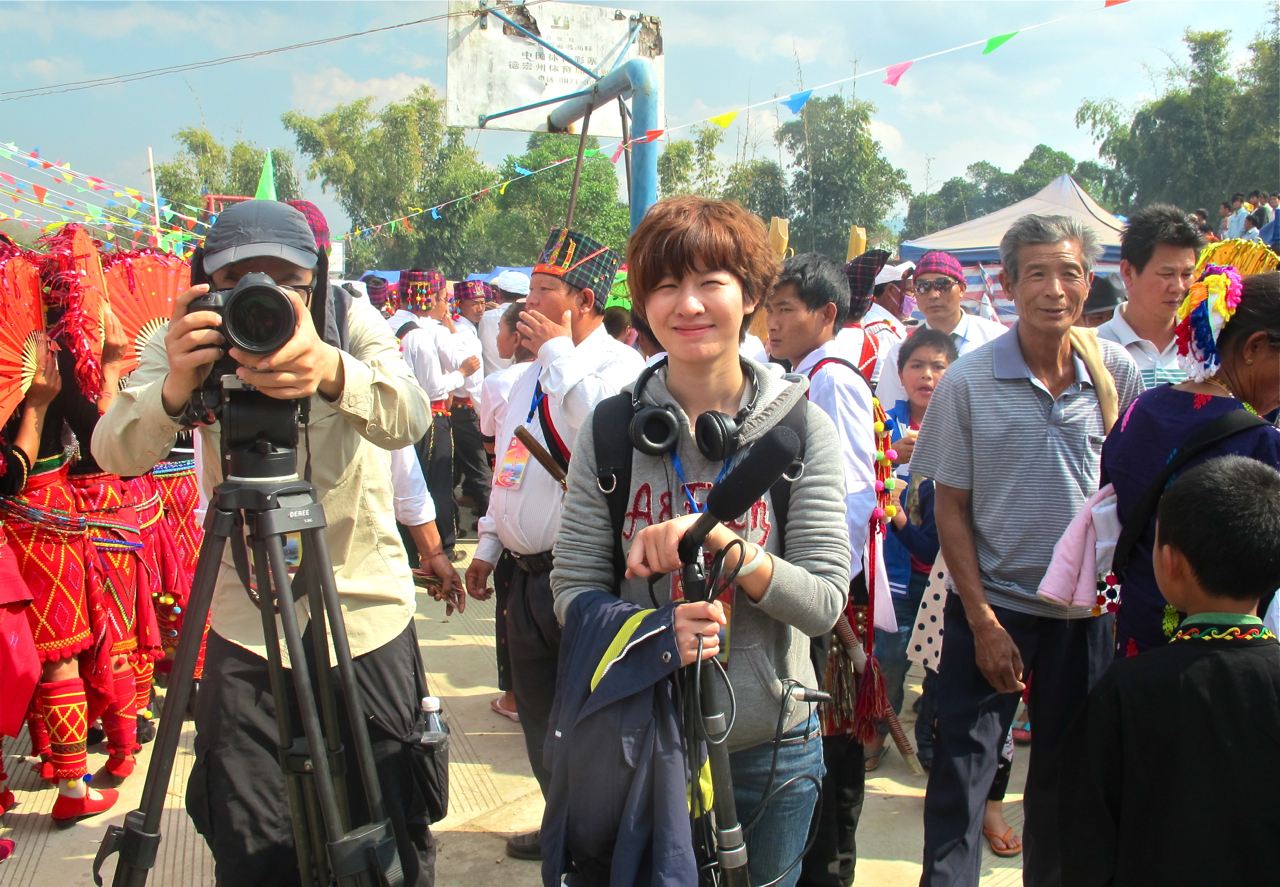 Director Xie Mengqian and her first cameraman Sang Qi, at the Manau festival near our village, February 2014

Nothing negative about this professional and innovative director and her work! Her documentary aims at giving an account of how my wife and I live and think, but the perspective had to be limited to that of our grassroots educational work, and the needs and handicaps of the Chinese TV audience. So naturally, there were a lot of topics that could not be touched upon. Feels like we didn’t talk about - the first cliché in a row - the “meaning of life”. It might even be a golden combination, and there are some matters about my role in our projects that I have to explain. More on this later.

The nature of Reality

I believe that there are more than one “Holy Grail” to be pursued in life. For one, I want to reach my own “Walhalla” through both painting and music. But I am just as much addicted to Science & Philosophy. I try to read as much as I can on popular science and such. Sometimes also slightly more difficult stuff, as long as I can avoid mathematics and formulas. A strange combination with my full involvement into our grassroots NGO for the Jingpo children, and being part of the ethnic Jingpo village society. But I'll come back on that!

Scientists are closing in on reality itself. It’s a long way but progress is fast, and I eagerly try to follow the basic developments. But there’s still so much disinformation, so much wrong or outdated science standing in our way! Some of us may already have heard that our old Newtonian, mechanical vision of physics could be just one of various possible ways of looking at matters, a rather limited set of matters at that. And the materialist or reductionist view, holding that literally everything can be reduced to “matter”, dominant since age of steam, is now finally getting under attack. “Information” is a big new thing in science, apparently playing a seminal role in physical reality, or at least that’s what various advanced and sophisticated scientists say. Quoting one of them, Paul Davies, on one of the most striking new visions of today:

The traditional relationship between mathematics, physics, and information may be expressed symbolically as follows: Mathematics ➝ Physics ➝ Information. (...) The variant I wish to explore here is to place information at the base of the explanatory scheme, thus: Information ➝ Laws of physics ➝ Matter. fragment of my paintwork

Academically speaking I’m only a linguist and sinologist at most (a PhD in what!??) and I don’t have any training in the exact sciences. Math and formulas are abracadabra to me. But the distinction between alpha and beta is breaking down, and even if it wouldn’t, I do feel I am on to something, just like science in general is on to something really big. On this site I will share my awe and amazement, hoping I can stimulate you to take part in humanity’s general explorational mood.

I try to focus on what is, what constitutes “reality” itself. Makes me very careful when using words with vague meanings or referring to outdated concepts about basic matters, such as “time” for example. I believe that we, most people, do not even know what IS time, we just use some words that are loosely related to it, in the few banal contexts that are familiar to us! (More about this later. “Time” is on my reading list.) An even more central issue in my quest, as in today’s science in general, still remains, of course: consciousness. Is our awareness of ourselves an illusion, an epiphenomenon? Do we have free will? We might reach a better understanding once we have fully explored the nature of reality. I’ll be back on this.

I cannot share with the Jingpo/Zaiwa kids my abstract and elusive insights into fundamental science. And there’s no obvious connection between my obsessive scientific explorations and my grassroots educational work, nor with my way of life in the multi-ethnic rural China-Burma area where I live. No, but I’ll find ways to combine everything! I will come with new answers, creative ones, in paintings and music! What else is art than sharing inspiration?

A large group of children, from an international high school in Beijing (the Tsinghua University Affiliated Middle School), is coming in just a few days, for a joint camp together with the local

Within a few days, a TV film crew is coming to stay at our home and Prop Roots center. They were already here last year, when they mainly filmed some of the local