Despite all my stories about living in the Prop Roots Center in this highly unusual neck of the woods, I do have other things to speak about. True, everything that’s going on around me in the context of this innovative educational organization led by my wife Li Yang constantly amazes and motivates me. Also because it is really needed and important. But I'm about to start giving proper space & attention to my creative sides, my "true self". It hurts me that it often got forgotten, sometimes even by myself...

You see, I see myself NOT as that NGO Man, nor as that Zaiwa Linguist, not even a native of some country or the other.

Also, I’m trying to find better ways to contribute to this fantastic project, which may in the end just be: being myself.

Inspiration, being humane, daring to do different, aren’t these things basic and utterly important in all we do, be it Prop Roots-wise or in life in general? Instead of feigning to be that organisational and communicative talent that my wife Li Yang is but I certainly am NOT, wouldn’t it be much more natural if I worked on ways to share my inspiration? (BTW Li Yang does have a team, so it doesn't all depend on me.) 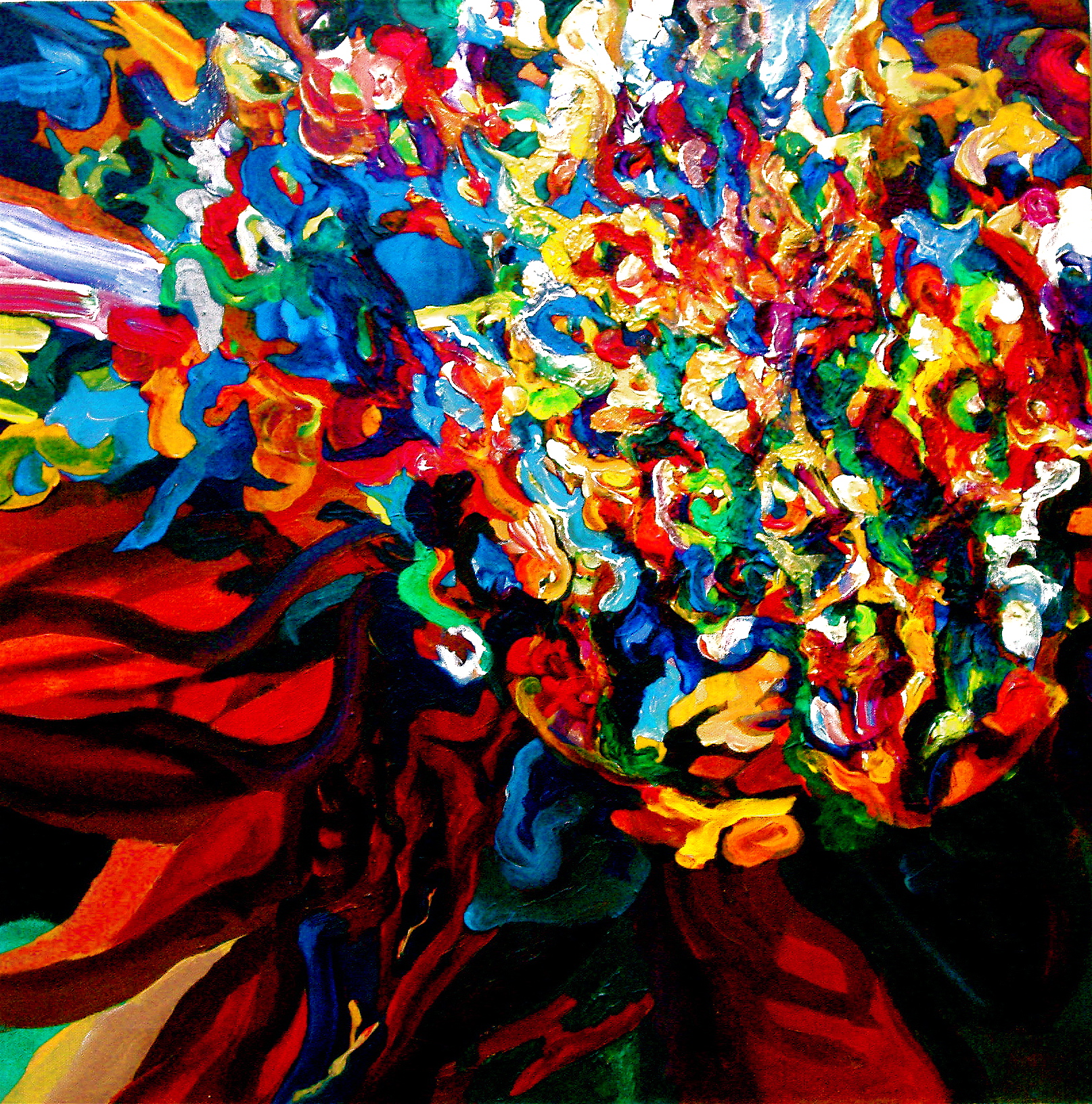 After all, it was my absolutely self-absorbed, self-inspired state of mind of those years Li Yang and I had just met that inspired her/us to make those bold moves that gradually resulted in us being where we are now.

Before Li Yang and I met in Beijing (2007), I had already been going near-native Chinese for over a decade (avoiding foreigners when in China and never speaking English) and I had also already finished my Zaiwa language research. But having rediscovered painting and music, all that cross-cultural stuff didn’t count for me anymore. (It could be though, that those experiences had made me freer and more open, shapeless.)

In short, when Li Yang and I just met, I had ONE basic mission, which was to go on painting and making music for the rest of my life. Feeding my inspiration for doing so was all that mattered. Rather than selfish and self-centered (which I maybe also was), I think I could call my personality at that time “self-inspired”. This word works fine here I think.

.
Yes, never mind all that talk about cultures, today I’m sharing how it is to be JUST immersed in the Work of Painting and Music.

Just for today and only for fun, I’m reviving an ancient artist fun name of mine: ánktonplánkton. The accent sign on the á’s was to avoid people adding too much of an American accent, which would ruin the whole name. FYI: Plankton is intersting because it is utterly diverse, both tiny and massive, a living part of the ocean, while ‘Ankton’ reminds me of absurdly continental (Kafkaesque?) Alpine villages with churches with those funny bell-shaped spires and the names of which all begin with 'Sankt'. Most of all it just rhimes and sounds nice.

Above’s a link to some of my wildest and freest music, made back in 2006. An improvisation on bass guitar, over some serendipitous hits on electronic drums with heavy echo. Named, for lack of a better name: Bass feast.

Above's also a picture of a painting from about the same time.

From now on you can (at last…) SUBCRIBE and LEAVE COMMENTS!

People I meet may ask “how’s the project going?”, as if all questions can have simple answers. My ultra-short reply would be something like: “It’s hard, but a considerable part of

I wanted to restart this blog much earlier! Unbelievable that already two years have passed! Never mind that mysterious last post. What happened in those mountains back then can always serve as a